I’ve had an abundance of beets lately and needed some new inspiration to use them up. I’m not all that fond of roasted beets, and one can only use so many in juice.  So… in thinking about it, I thought of the many dinners of borscht that I’ve had. I have several Russian & Ukranian friends who have made borscht and it’s always been really good.

Borscht is a traditional hearty soup with beets, potatoes, cabbage, carrots, broth and sour cream and dill to garnish. The absolute best preparation I’ve seen was by a Ukranian friend who cooked the beets separately. He started a small pot of boiling water on the stove and placed the whole beet in it. I looked in at it and saw the beet standing upright in the little pot of water, stem pointing up to the ceiling, boiling merrily away… it was a great sight 🙂 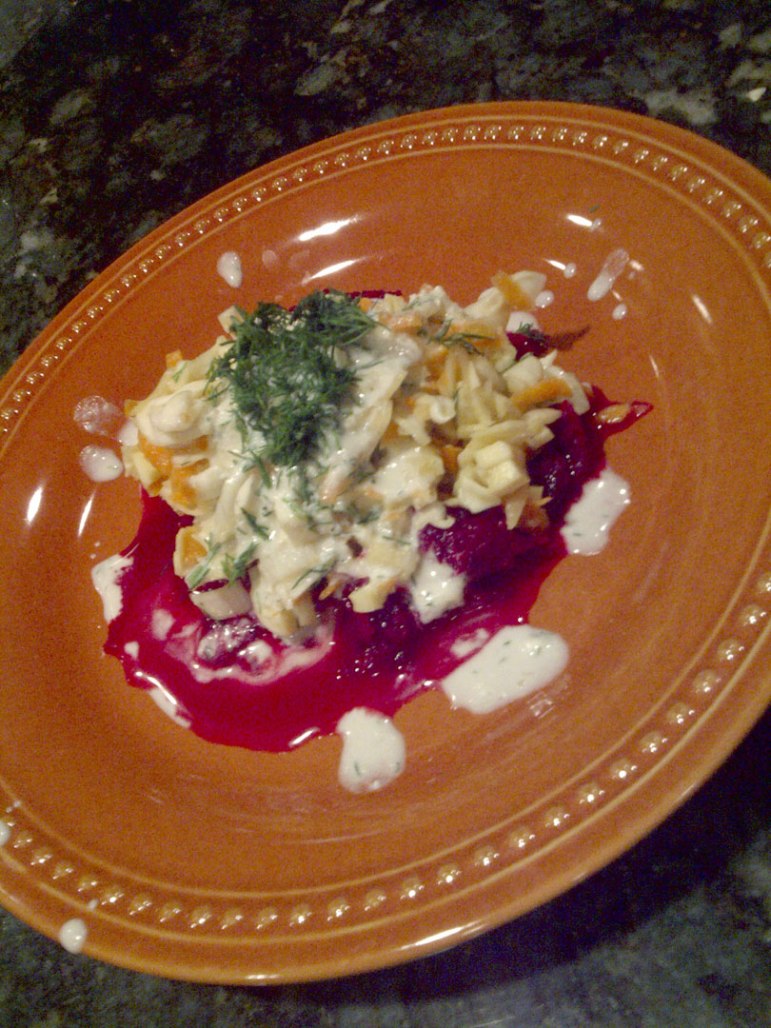 Since we were having an 80 degree heat wave last week, I decided to go the raw route and turn my borscht into salad, rather than cooking it. Potatoes aren’t good eaten raw, so I used parsnips instead, and made a vegan sour cream sauce out of a thin cashew sauce.

Read on for the the amazing recipe…..and it was really good!

Place the shredded beets in a small bowl. Keep these separate until serving time, or else everything will turn pink and change the look of the salad.

In a separate bowl, place the shredded/chopped parsnips and add lemon juice and a dash of salt. Let sit while preparing the other ingredients to soften a bit.

Add the carrots and cabbage to the parsnips, add a couple of pinches of dill, and stir so it’s all coated nicely.

Whisk together the “broth” ingredients and pour evenly into the 2 bowls of veggies, and mix well.

Blend the sour cream sauce ingredients and place in a small bowl or pitcher. Add a couple of pinches of dill to the sauce and stir.

Presentation ~ the layering is really important to the look of the salad!

On each plate, place a layer of beets, then top with a layer of the parsnip/carrot/cabbage mixture. All the shredded ingredients make it look like a very colorful haystack.

Over the top, either spoon or pour a few tablespoons of the sour cream sauce, and garnish with dill. 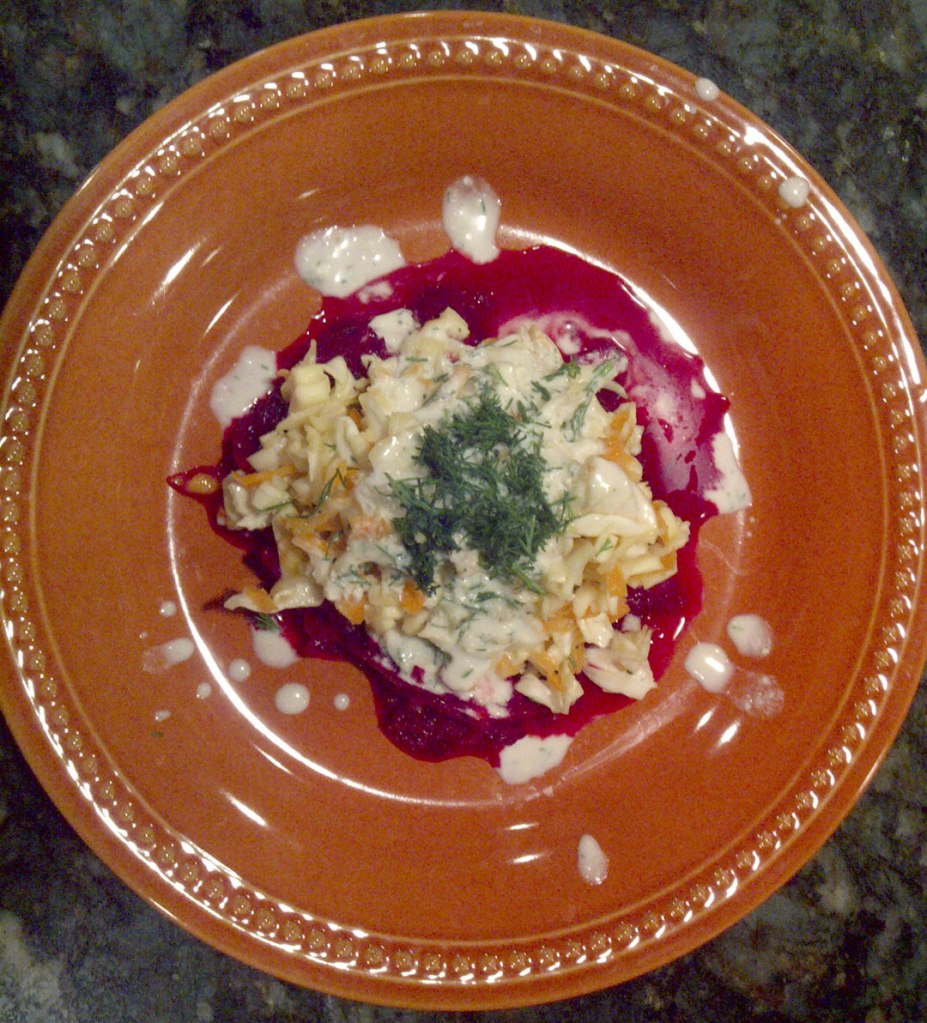 Feeling like your meal prep game needs a boost? There’s a new cookbook to get you back on the path! @veganyackattack ‘s Plant-Based Meal Prep is the answer! Head over to my blog today for a review and the recipe for this Hash Brown-Crusted Frittata that will make your breakfast dreams come true! (Link in bio) #vegan #vyaplantbasedmealprep
Best. #vegan . Tiramisu. Ever. So fluffy and creamy, I didn’t ever want it to end 😊. #yum
While a “typical” #vegan meal varies greatly, this plate is representative of how I most often eat - a few different delicious items, lots of colors, and a mix of raw and cooked food. It’s so easy to eat well without harming anyone! Some of my faves are here - kale salad with tahini dressing, baked tofu, smashed potatoes, and pickle sticks 😊. #yum