I love carbs, especially starchy, potatoey ones. I can eat them anytime, all the time. 🙂 So with potatoes, like pasta, even though they taste the best to me in their pure, unadulterated forms, I occasionally try to come up with ways to make me eat fewer of them at once. I wanted to make some roasted potatoes, which I love, and decided to add a little more protein to bulk them up some. And who doesn’t like a great sauce to go with them?

This is a recipe that I’ve been promising for about a week now. As soon as I posted the photo on Facebook, everyone wanted the recipe… so here it is! And it’s quick and easy, especially if you use smallish pieces of red potatoes. 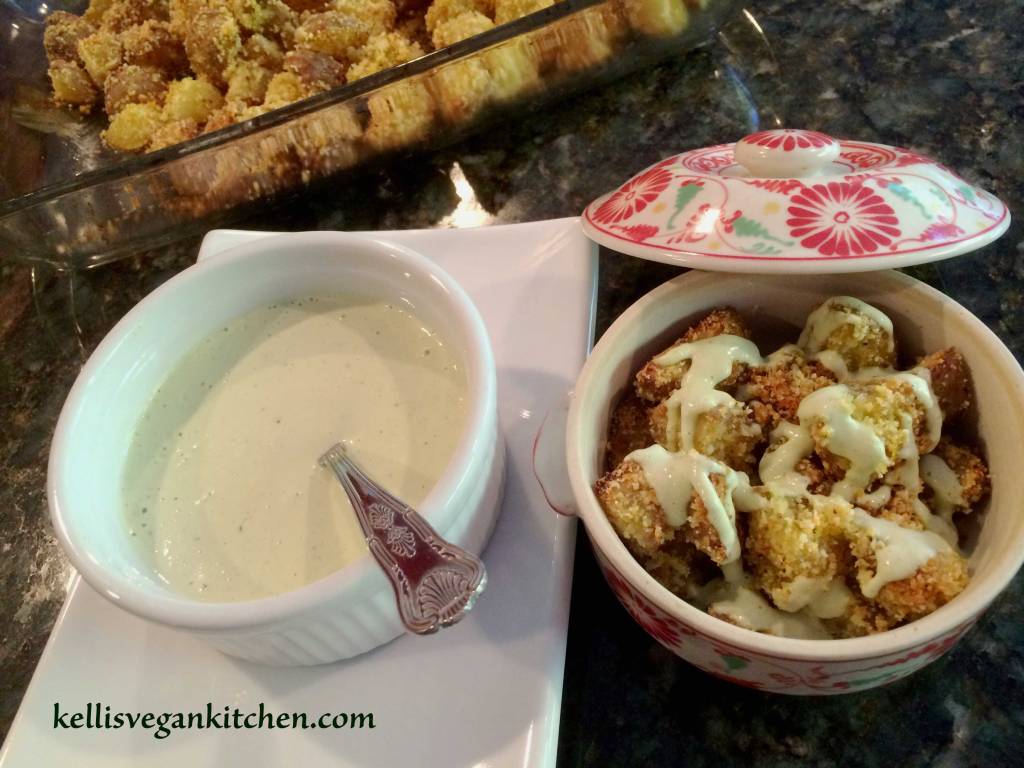 Place the cubed potatoes into a medium-sized bowl and toss with the oil to cover. In a small bowl, stir together the almond flour, cornmeal, nutritional yeast, salt & pepper. Toss the potatoes with the flour mixture.

Put into a glass baking dish, cover, and roast at 450 degrees for about 30 minutes, stirring about halfway through. Then uncover and cook for an additional 10-15 minutes, so the potatoes can brown.

While they are baking, blend together the aioli:

Blend together until smooth and use on top of the potatoes. 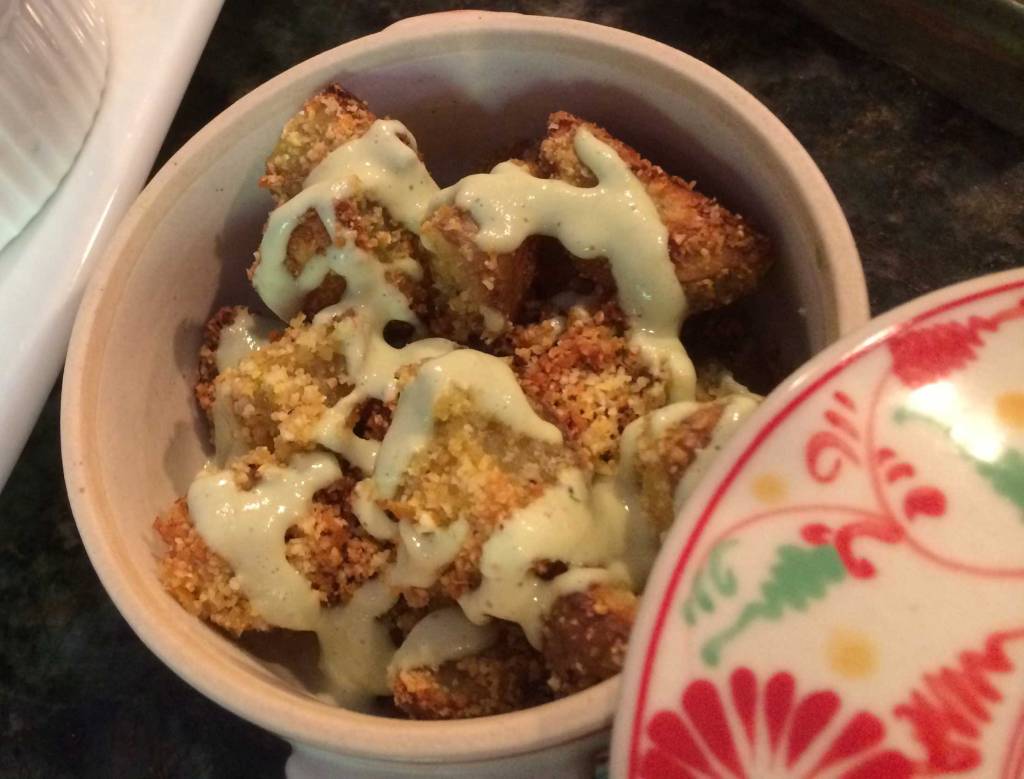 This was so easy, and really tastes so great!

And in another vein, have you ever wondered what it would be like to have a vegan president? Yep, I bet many of us have 🙂 Well, Glen Merzer has taken that thought and transformed it into a novel called Off the Reservation. Glen is co-author, with Howard Lyman, of Mad Cowboy and No More Bull!; with Pam Popper, of Food Over Medicine; with Chef AJ, of Unprocessed; and with Chef Del Sroufe, of Better Than Vegan. Along with Eric Brent, he edited The Happy Cow Cookbook.

In Off the Reservation, Congressman Evan Gorgoni, frustrated with the current state of politics, decides to run for President on a very unconventional platform ~ honesty 🙂 . This is a very funny take on the political system, featuring a vegan midwestern family. The family’s veganism is written about without great fanfare ~ it just is. And it’s so nice to read a book where the food discussed is all things I would be happy to eat! The book also includes 20 vegan recipes which are perfect for everyone to try.

And even better, the Kindle version of Off the Reservation is on sale on Amazon this week for 99 cents.  (You don’t need a Kindle to read it, you can get the Kindle app for ipad or iphone). Give it a try and let me know what you think!

6 thoughts on “Almond Crusted Potatoes with Lemon-Dill Aioli… and a vegan president?”