My favorite late summer food? Stone fruits!!! Get them before they are gone 🙂

So it was one of those highly-suggestible food times, and I heard a mention of cinnamon toast.  Hmmm… cinnamon toast ~ haven’t had that in years. But suddenly it sounds like the perfect thing 🙂

Yet, I couldn’t quite bring myself to make sugar on oil on bread… I do it at other times, to be sure, but on this particular occasion, I felt like I at least needed to add something resembling nutrition to it ~ and so was born the Peaches & Cream Cinnamon Toast. 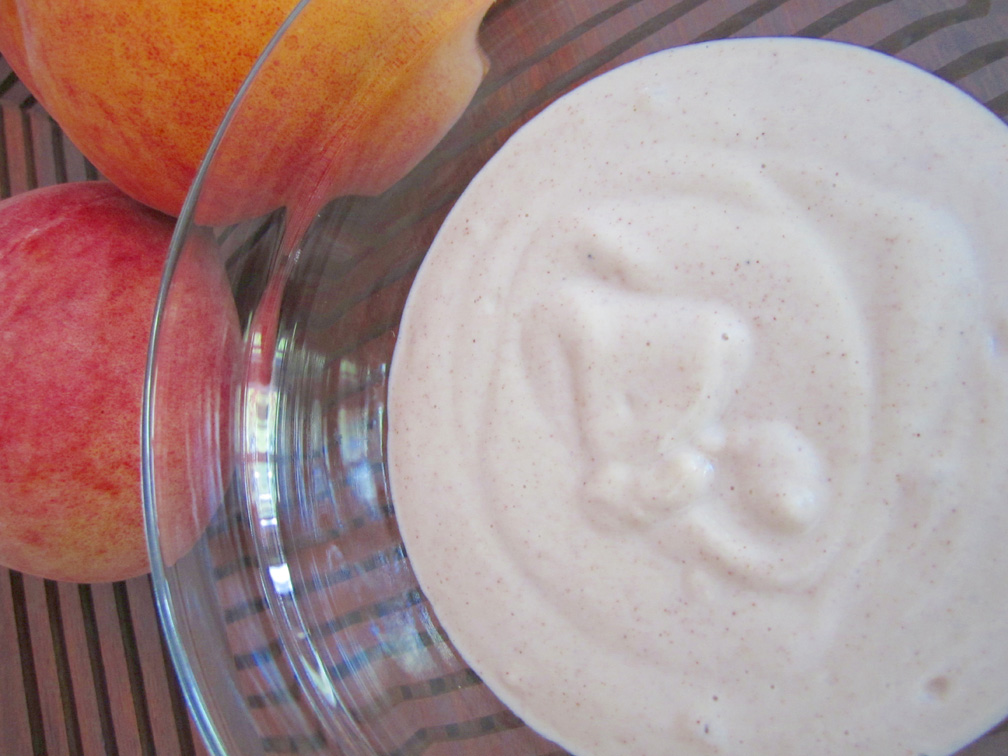 Blend 1/2 cup cashews with 1/2-3/4 cup water (you want it still thick enough so it doesn’t drip right off your toast). Then blend in a few dashes of cinnamon and a bit of sweetener if desired. 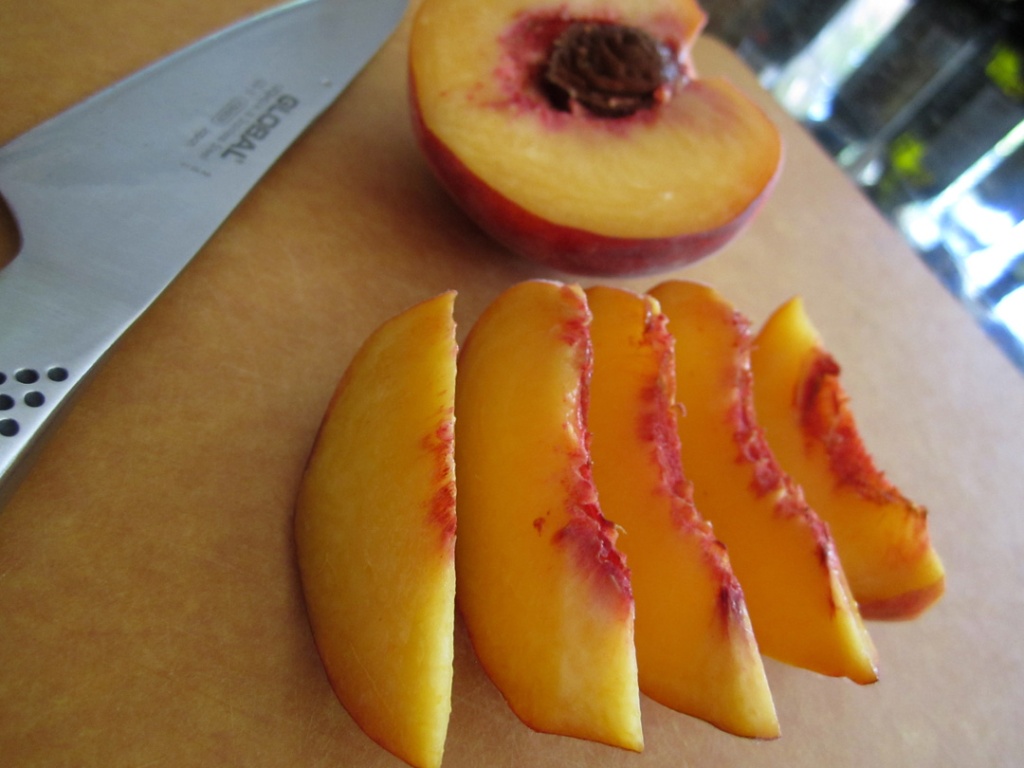 Slice your peaches into thin slices….

Preheat the broiler to 375 degrees. Place your bread on a parchment-covered baking sheet and toast one side until lightly browned. Turn it over and spread with the cashew cream, top with peaches, and finally add a sprinkling of cinnamon and sugar (bone-char free sugar, or course!). 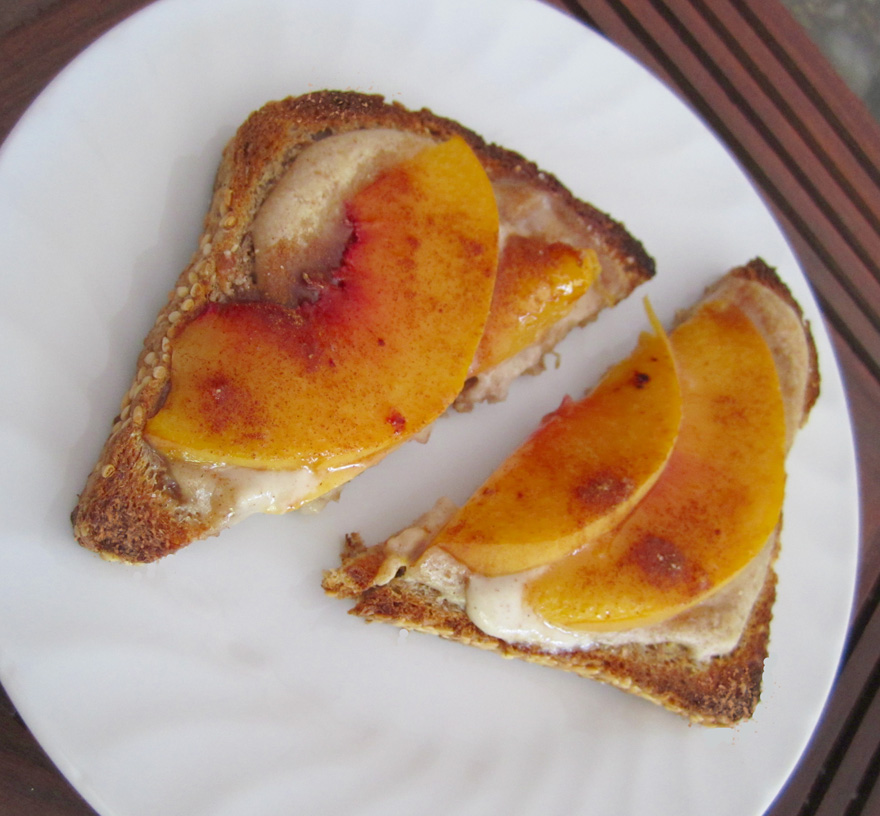 Broil until the sugar is melted and the cashew cream is bubbling. Make sure you wait for it to cool for a few minutes before eating! 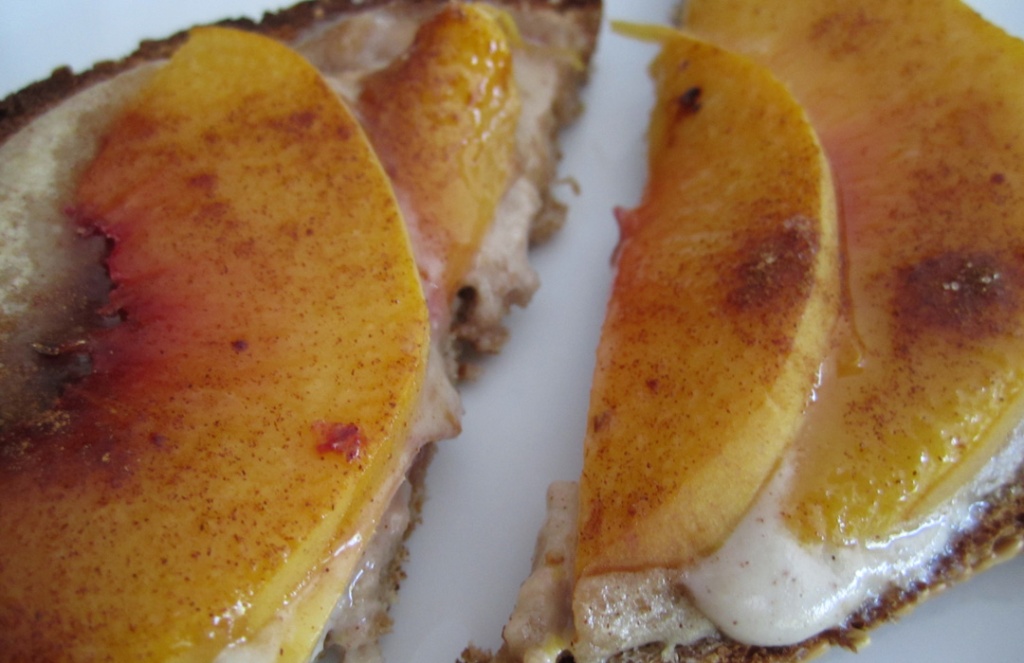